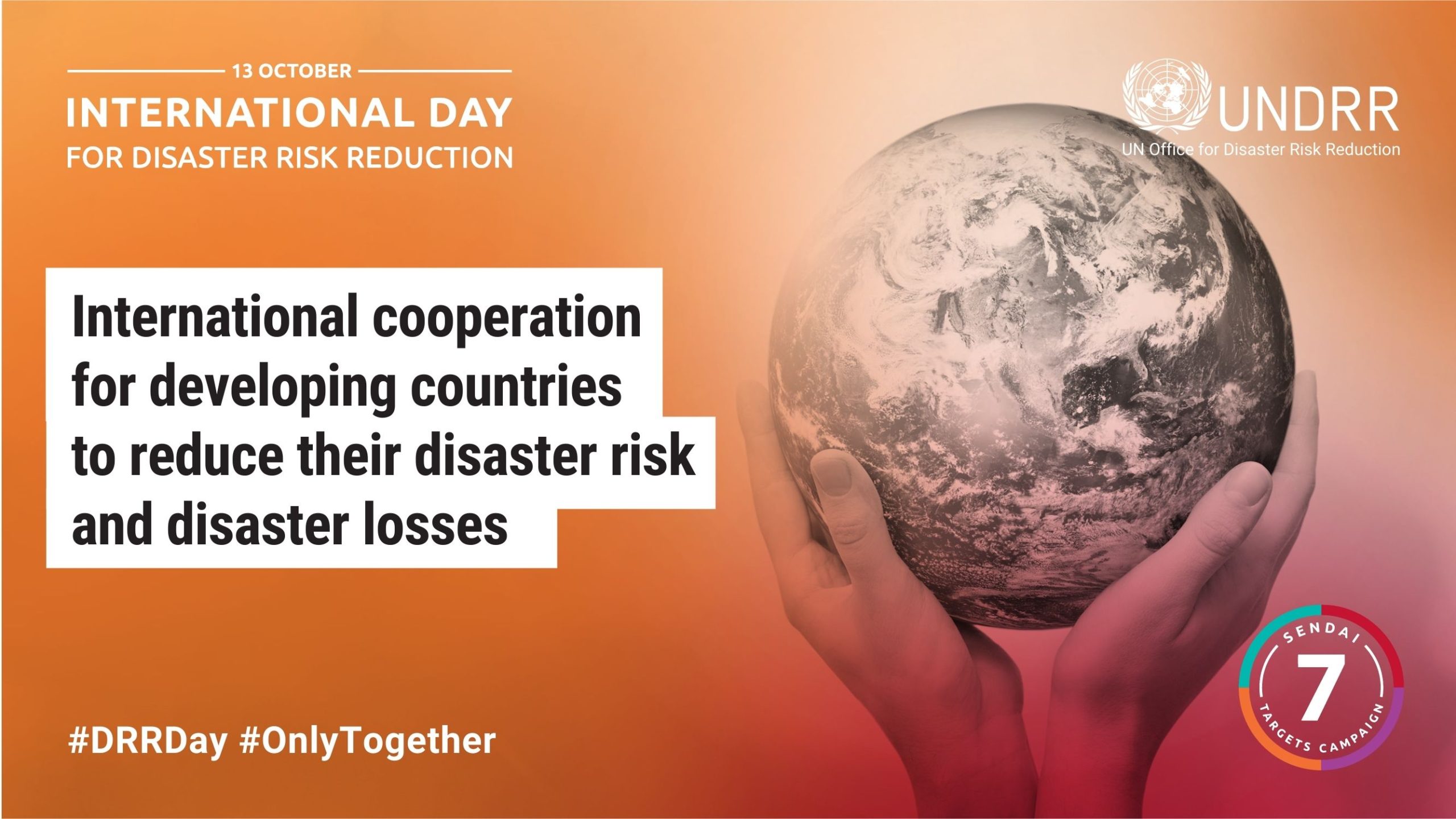 International Day for Disaster Risk Reduction began in 1989, when the UN General Assembly called for a day to promote a global culture of risk-awareness and disaster reduction (DRR). It has been held on 13 October since. This day celebrates how people and communities around the world work to reduce their exposure to disasters. It also seeks to raise awareness about the importance of reining in the risks that they face.

The Czech Republic has a long-standing tradition in developing and implementing DRR strategies. It should not come as a surprise that the Czech-UNDP Partnership for SDGs actively supports projects focused on DRR capacity building in our priority countries. Cleary, DRR is an area with large potential for synergy between CUP activities, the Czech ODA projects in priority countries and efforts of UNDP agencies and their local partners. With the International Day for Disaster Risk Reduction taking place this week, we will take a look at CUP’s DRR projects across the region.

The UN points out that “The year 2021 promises to be a make or break year when it comes to delivering on the policy agenda agreed in 2015. Without real action on climate in the next ten years, extreme weather events will be overwhelming, especially for developing countries.“

DRR in Bosnia and Herzegovina

DRR work has been part of CUP’s project since the very first Challenge Fund call for applications. In 2018, EZ Hydroinformatics succeeded with their Local Early Flash Flood Warning system for Ričina basin that installed monitoring networks alongside the Ričina river and formulated the first local Flood Protection Plan.

DRR has also been part of CUP’s work in Moldova.A recently completed Expertise on Demand (EoD) resulted in formulation of National DRR Strategy for the needs of Moldova´s General Inspectorate for Emergency Situations (GIES). For over a year, a team of Czech experts (Jiri Musilek, Pavel Danihelka and Karel Vancura) worked with their Moldovan counterparts on Reviewing the Disaster Risk Management Strategy for Moldova. Outcomes of this EoD will be featured in our upcoming article this week.

This was not the only cooperation between Moldovan GIES and the Czech Republic however. Their first work together focused on promotion of climate change and disaster risk reduction solutions in the water and civil protection sectors for enhanced rural resilience. Initially, experts focused on development of the concept on community-based rescue and firefighting units as part of the GIES countrywide system. Eventually, the EoD expertise supported the establishment of 5 rescue and firefighting units. Consequently, a team of Czech experts from the Fire and Rescue Service of the Czech Republic provided their experience with setting up a system of voluntary fire protection in rural areas. You can learn more about this project in our older article here.

Building on the good practices tested in Moldova, CUP is currently preparing a similar Firefighting EoD project for the next year in Georgia.

While on the topic of Georgia, the Czechs have already shared their DRR expertise with Georgian colleagues. Mr. Michal Musil has supported the implementation of the Scaling up Multi-Hazard Early Warning System and the Use of Climate Information, which was a years-long effort. Mr Musil’s tasks were training locals and assisting in their capacity building for implementation of the environmental and social monitoring plan. Furthermore, the Czech Challenge Fund attracted several proposals connected to DRR. A Czech company DEKONTA has supported Georgian approach towards emergency preparedness and management. Most recently, the team of Czech Geological Survey conducted their field mission, crucial for completing the eliminating the threat associated with landslides in Kazbegi project. Details of this ongoing project will be the focus of our next DRR article.

The UN points out that the “The year 2021 promises to be a make or break year when it comes to delivering on the policy agenda agreed in 2015. Without real action on climate in the next ten years, extreme weather events will be overwhelming, especially for developing countries.” Keeping this dire prediction made by the UN in mind, it is clear that DRR will remain an important part of CUP’s work in priority countries.

In the next article, we will take a closer look at the work of DRR experts in Moldova.