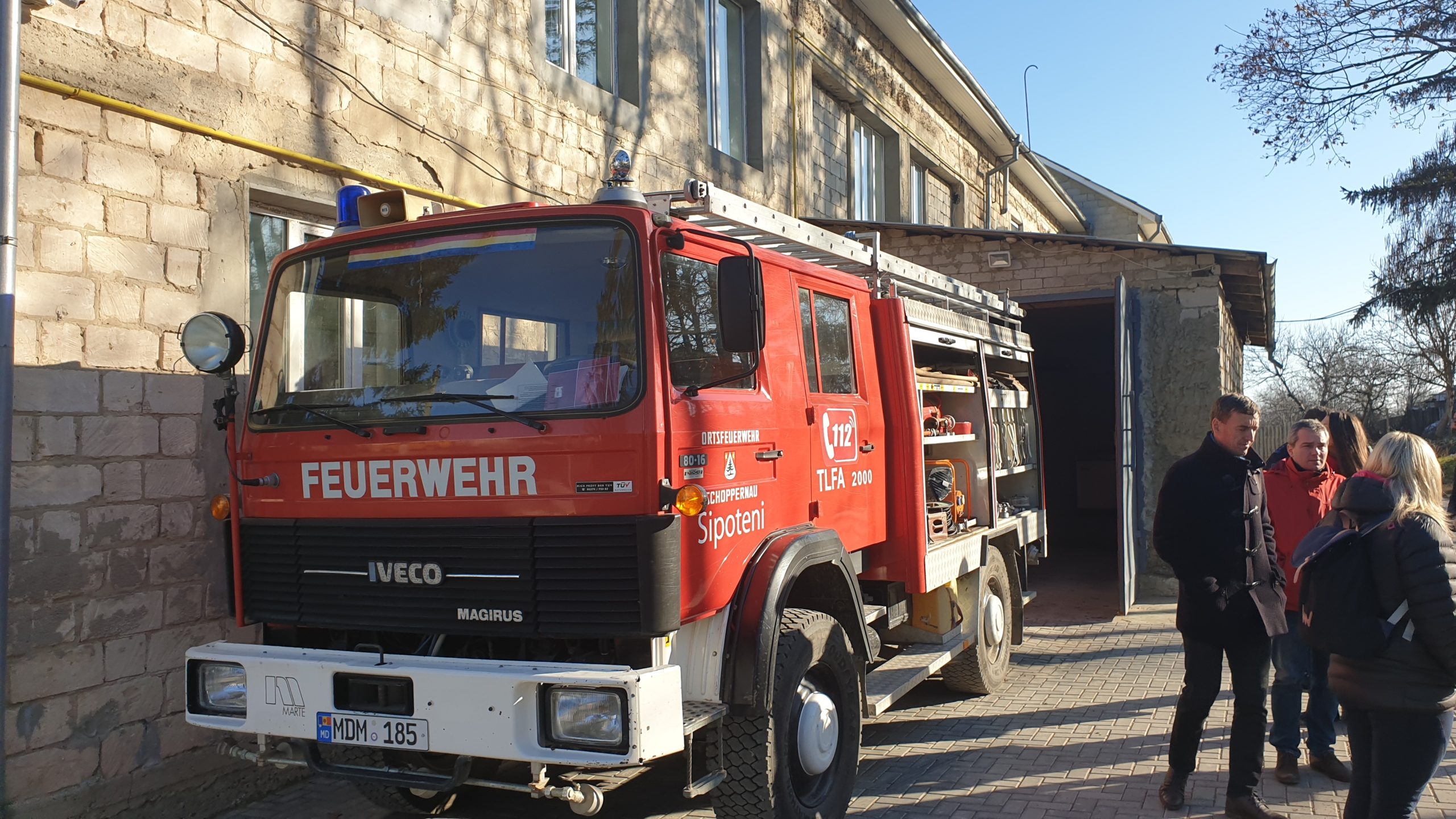 Under the Expertise for Demand component of the Czech-UNDP Partnership, a team of Czech experts finalised the implementation of the project “Promotion of climate change and disaster risk reduction solutions in the water and civil protection sectors for enhanced rural resilience” (CC & DRR Project) in Moldova. What impact did they leave and why did the Czech expertise prove as the crucial one? Read the interview below with one of the experts, Iva Brejzová.

Tell us a bit more about the country where you implemented the project. What is the situation like in Moldova?

Moldova lies on the eastern border of the European Union and is economically one of the poorest countries in Europe. Despite its geographical location and challenging history, it is a country with great potential that wants to change its current economic situation and move closer to European standards. Both the European Union’s and the UN’s development policies support this endeavour – the UNDP is implementing several projects here, one of which was the project „Promotion of climate change and disaster risk reduction solutions in the water and civil protection sectors for enhanced rural resilience” (CC & DRR Project) that we were participating in.

What was the objective of your project?

The project’s objective was to strengthen the security in Moldova and reduce the impact of climate change emergencies on rural areas as well as to assist the General Inspectorate for Exceptional Situations of Moldova (GIES) in setting up a system of voluntary fire protection in rural areas. This part of the project was led by a team of Czech experts from the Fire and Rescue Service of the Czech Republic, who had successfully implemented several development projects in Moldova aimed precisely at increasing fire safety and mitigating the impacts of emergencies in the past.

What was the added value of Czech experts in this area?

Czech experts are not new to the Moldovan environment thanks to the previous projects they participated in. Given the history and geographical location of the Czech Republic, we have a lot to offer – as one of the few European countries we have managed to link the system of professional and voluntary fire protection into an economically efficient and functioning system and like Moldova, we belonged to the countries of the Eastern bloc, but were able to optimize the current fire protection system using experience, both from before 1938 and after 1948.

Tell us more about the project itself.

The implementation of the expert part of the project itself was divided into several stages, from analytical through conceptual to the pilot implementation. During the introductory trip, we familiarized GIES colleagues to models of cooperation between professional and volunteer firefighters around the world and individual models of fire protection organization. The big advantage was that both Czech experts and especially representatives of GIES and the Moldovan branch of UNDP were ready to create a tailor-made solution that took into account the public administration, history, culture, demographic and social situation in Moldova and aimed to create a system based on best practice from the world, but at the same time fully functional in local conditions.

What was the state of fire protection in Moldova and how has it evolved with your project?

A great benefit was that Moldova already had a basic set of legislation that regulated the organization of voluntary fire protection in the country. Based on discussions, we confirmed that the foundations of the system in Moldova are functional in principle. However, this system needed to be further developed and enhanced and new elements incorporated into it, such as sources of funding, social security, motivation of citizens, motivation of municipalities or strengthening the operational capacity of volunteer firefighters and their training.

What is the final result of your effort?

Our analysis of the current situation and the proposal of the development concept was not only based on a discussion at the table, but also on meetings with mayors and volunteer firefighters in the regions of Calarasi and Ungheni. One of the final recommendations was, above all, to involve municipalities more in the security system, not only as a voluntary commitment but as an integral part of the performance of self-government at the municipal level. The recommendations to amend the existing Moldovan Fire Protection Act and the Act on Municipalities and Local Government Tasks were also based on this finding. Another key element was the search for funding for fire protection and an emergency prevention system – we proposed ways to strengthen the revenue part, both the state budget and the budget of local governments based among other things on the involvement of payments from insurance companies. We also discussed other options for strengthening the revenue side of the budget such as property insurance for citizens or the involvement of corporations that generate increased risks in the area. In terms of the effectiveness of the system, the issue of “Cost – benefit” of rescue services and volunteer firefighters was also mentioned, as their integral part.

You can read more about the project here.