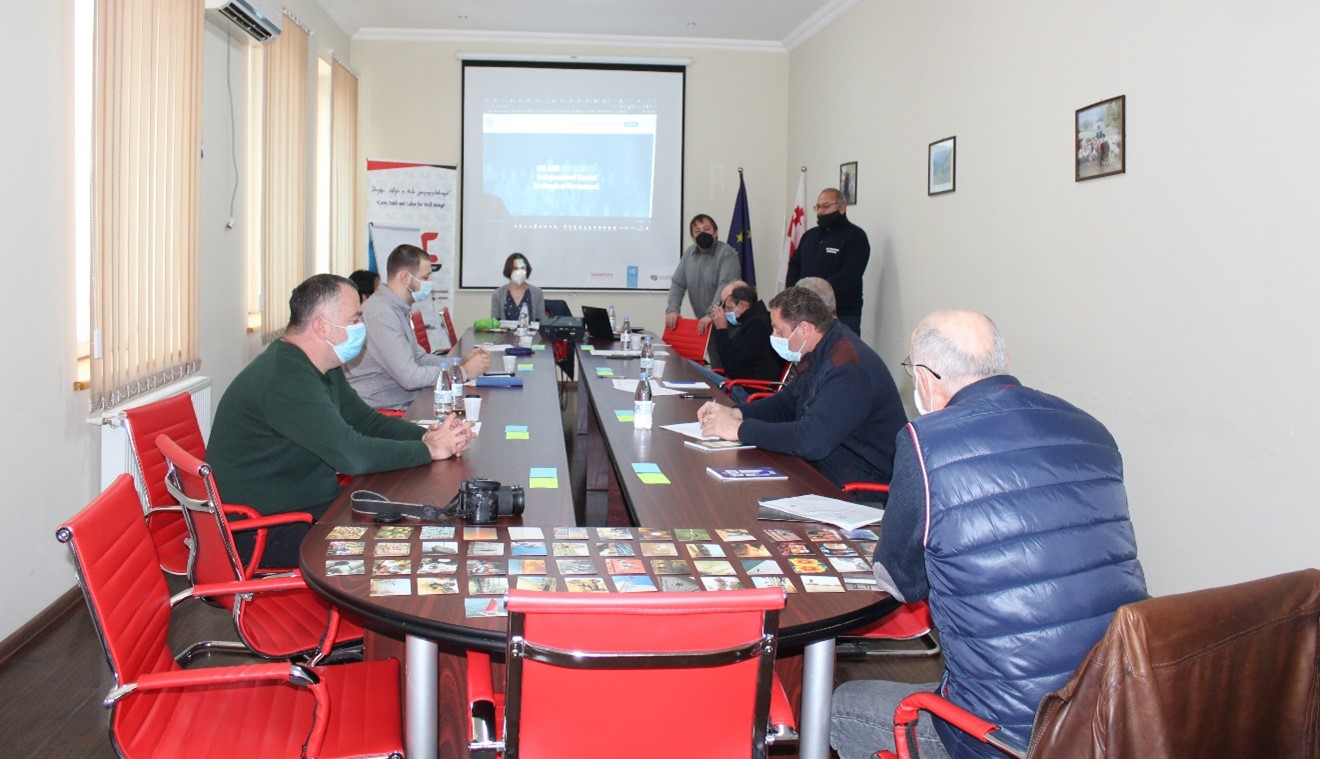 In the middle of last year, efforts to strengthen the dialogue between community-based organizations and municipal actors in Georgia’s Abmrolauri and Tkibuli municipalities took off.

The project of a Czech NGO NESEHNUTÍ, which won the Challenge Fund award in Spring 2020, aims to transfer a concept in which citizens can influence local development in their communities. This concept functions well in many Czech towns and villages and can therefore contribute to better involvement of public and community in regional development in Georgia. You can read more about the Czech innovator, NGO NESEHNUTÍ, and about their expectations from the project here.

NESEHNUTÍ has a broad experience with supporting community participation in local decision making. Cooperating with a local partner, NGO Abkhazintercont, they decided to transfer this well-tested concept to smaller Georgian municipalities. Last week, one such training dedicated to facilitation and community planning took place in the training premises of Abkhazintercont. Representatives of the Czech-UNDP Partnership for the SDGs, who attended the workshop, now bring you reactions of its participants.

Zaza Gochelashvili, representative of Tkibuli District Development Fund that figures as one of local facilitators, comments on the potential of the Project: “There is a big gap between municipality and people. We need an integrated approach. The advantages of the application of the community planning concept are clear. If done well, it can boost interest and feeling of ownership of local people for the development of their community. People should become responsible.

On the other hand, municipal representatives have to learn techniques how to effectively engage in dialogue with local people. Moreover, they should approach community planning dialogue as something without pre-determined results. They should be open and emphatic.”

Aside from workshops and training, the Project also envisaged a study visit to the Czech Republic. During the trip, members of Abkhazintercont and local beneficiaries are supposed to acquire real-world experience with community planning. The visit is currently being planned with considerations to the development of the health situation on both Georgia and the Czech Republic.

In the meantime, the cooperation between Czech innovators and local partners in Georgia continues to intensify. This is also the view of the Director of Abkhazintercont Archil Elbakidze, who adds: “This project just intensifies our long-term fruitful partnership with Nesehnutí. The application of community planning has the potential to contribute to long-term changes, such as the development of concrete strategic community development plans. Such plans could give municipalities a vision – how to guide their future steps, and they could be, also used during negotiations with donors. The project could generate plenty of follow-up activities.”

About the Challenge Fund

The “Public involvement into the process of regional development via community planning in Abmrolauri and Tkibuli in Georgia” project is part of the Challenge Fund initiative and has received 34,000 USD award for its realization from the Ministry of Foreign Affairs of the Czech Republic.

A new call for Challenge Fund proposals will be announced soon! To stay updated, follow the Czech-UNDP Partnership on LinkedIn.

The content of this material does not necessarily represent the official views of the Ministry of Foreign Affairs of the Czech Republic, or of the United Nations, including UNDP, or UN Member States.