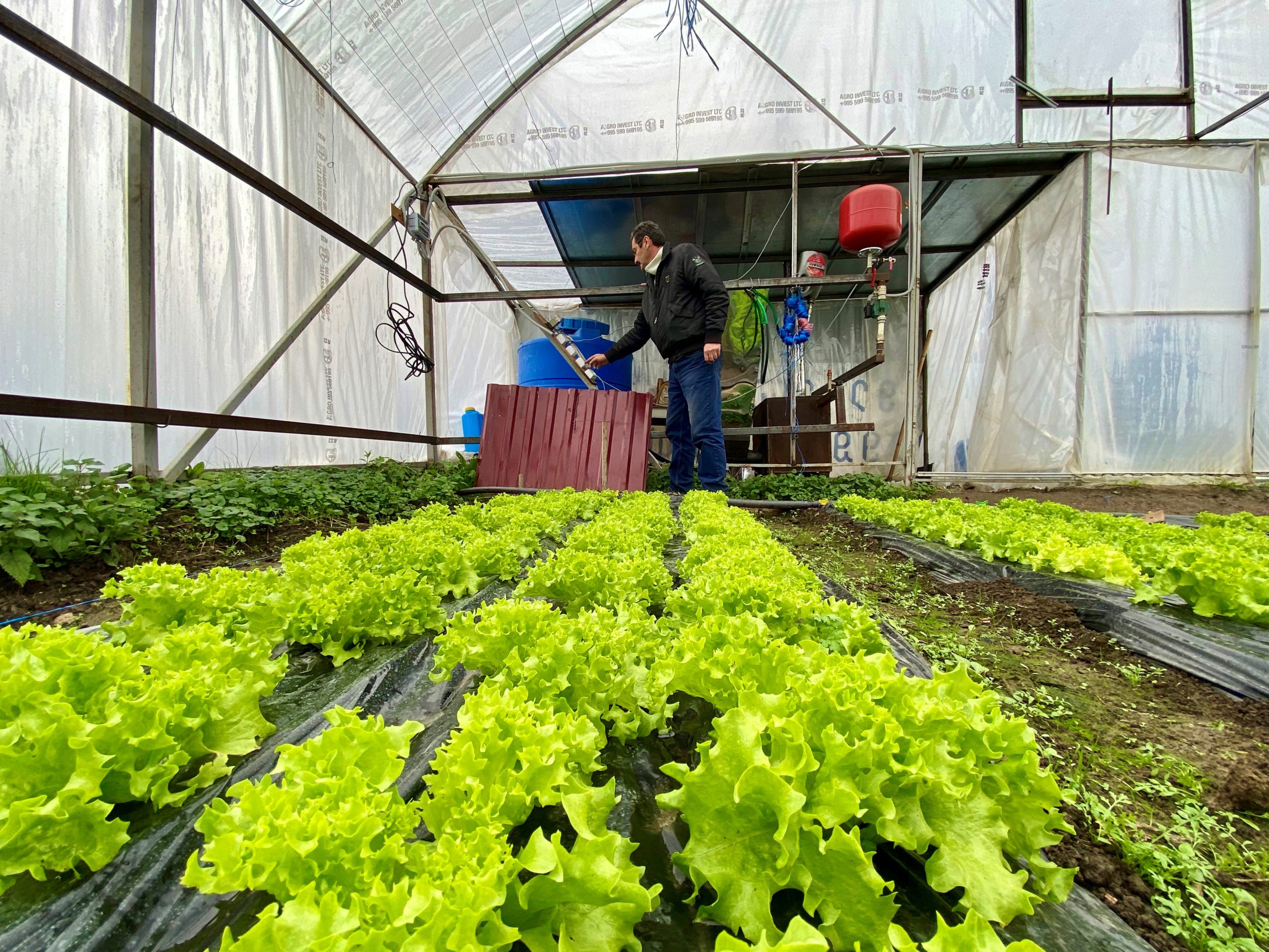 In May 2020, CARE Czech Republic successfully concluded its project “Energy Efficient Technologies for Rural Development“ financed under the Challenge Fund umbrella. Dealing with topics of renewable energies and sustainable agriculture, the project aimed to improve the livelihoods of the local population in rural Georgia. How do its beneficiaries view project´s impact and how have they benefited?

In Georgia, nearly half of the population fully depends on agriculture for their livelihoods. Approximate half of the working force is employed in agriculture, the majority of which are smallholders and subsistence farmers. However, despite the high reliance on agriculture as a source of income, agriculture makes only 9% of the GDP and rural poverty remains widespread, with the land use being fragmented and farmers having low levels of agricultural productivity and limited access to the market. Elguja Khurtsia, the head of the cooperative “Otsneba” in Samegrelo Zemo-Svaneti Region, confirms this.

The mentioned increase of the cost of fossil fuel and demand for it leaves Georgia, a country with a high degree of energy dependence, economically and politically vulnerable. Communities in rural areas of Georgia suffer from severe energy poverty as they have to spend on average 30% of their income to cover energy needs, with most of the population dependent on wood as a source of energy.

„For heating and cooking we use firewood“, says Nino Khekelashvili, who lives in the village Bazaleti of Mtskheta Municipality, Mtskheta -Mtianeti Region and has four children, „as other households in the village, our family faces difficulties to get and buy firewood. For the amount of the wood needed, we have to spend 17% of our annual household income, and that is a heavy burden. In addition to the financial difficulty, cooking and heating with traditional stoves cause health problems particularly to children as they are exposed to smoke and other harmful substances contained in the emitted gases.“

The project “Energy Efficient Technologies for Rural Development “ supported by the Czech-UNDP Partnership for SDGs and implemented by CARE Czech Republic, CARE Georgia, Agriculture Cooperative Development Fund, Rural Communities Development Agency and Czech company “Holistic Solutions”, aimed to tackle both the issue of renewable energies and sustainable agriculture alike. Having successfully finished in May 2020, it aimed to create economic and social implications through increasing knowledge and capacity of the agricultural cooperatives, farmers, small businesses, and rural households in the effective use of natural renewable energy resources. The project also focused on climate-smart agricultural practices that would mitigate climate change risks and increase the ability of the rural population to better react and adapt to potential climate calamities.

Primarily targeting agricultural cooperatives in four Georgian regions of Mtskheta-Mtianeti, Samegrelo Svaneti, Adjara and Guria, the project managed to introduce three innovations- FES-fuel efficiency stoves, biomass-fueled boilers and application of the model of the Cooperative Revolving Fund to establish demo-enterprises and upscale the use of new technologies- that have improved the livelihoods and economic situation of the local population.

„Thanks to the knowledge received during the trainings, our cooperative in cooperation with other cooperatives managed to construct a biomass boiler for heating the greenhouse based on the Czech model. As for today, we can provide required heat to the greenhouses and organize off-season production of vegetables“, says Elguja Khurtsia, „besides decreasing the costs of production by a factor of 35%, we managed to produce quality products and increase the sales of the vegetables, thus generating more incomes. As many other cooperatives and smallholder farmers in the area expressed keen interest in using this type of biomass boilers, we plan to gain additional incomes from their production and sales.“

Zurab Sekhniashvili, a Deputy Mayor of Dusheti Municipality in Mtskheta Mtianeti region also appreciates the innovations the Challenge Fund project brought. „The fuel-efficient stoves and biomass boilers based on the Czech model introduced by the project can make a significant contribution to decrease budgetary spending on heating the above-mentioned institutions, have positive health benefits for users and will lead to the reduction of fuelwood consumption. This will in turn limit deforestation and soil degradation that accompanies fuelwood harvesting and will, of course, reduce fire and safety risks. Many rural homes here in Dusheti Municipality are keen on adopting these new technologies. The Municipality is planning to support local production of fuel-efficient stoves and biomass-based boilers that can contribute to more secure and sustainable energy production through targeted support to renewable energy in the form of biomass from agricultural waste. The project has triggered local sustainable energy production, as well as local development. Communities in our Municipality will produce their own energy, which will help to create new businesses and jobs, in addition to protecting the environment.“